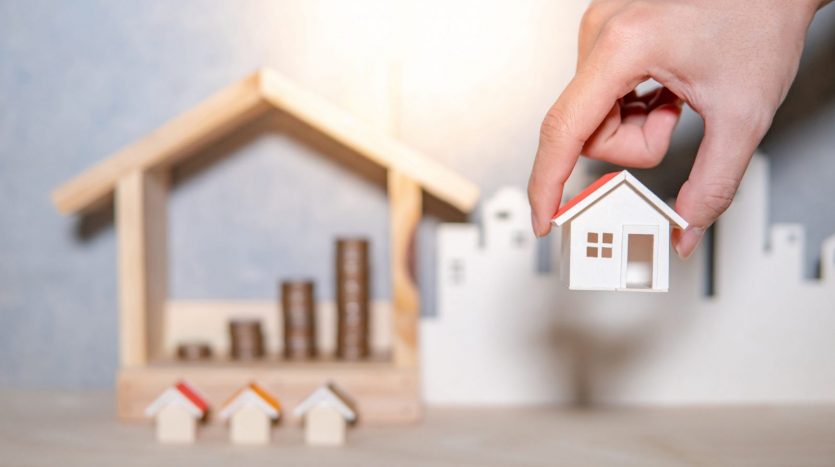 Rising mortgage rates in 2021. Here’s What That Means for You.

Where Are Mortgage Rates Headed in 2021? According to 5 Experts. Here’s What That Means for You.

Exactly when we may see rates start to rise, and how much they will increase, depends on a few factors. How we’re able to deal with the pandemic and its impact on the economy is the main thing to pay attention to. But other factors, like inflation and the Federal Reserve’s desire to keep rates low, will also affect mortgage rates.

What may seem like a small increase in rates can have a big impact on your bottom line. For a $300,000 30-year home loan, an increase of 1%, from 2.7% to 3.7%, would increase your monthly payment by $164. Over the life of the same loan, that extra 1% would cost you an additional $59,159 in interest, according to the NextAdvisor mortgage calculator.

If you’re in the market for a new house or are looking to refinance your current mortgage, just keep in mind: The interest rate isn’t the only thing to pay attention to when shopping for a mortgage lender. You should carefully read each loan estimate to see exactly what fees you’re paying, because the lowest interest rate isn’t always the best deal.

Based on how low interest rates were in 2020, Mohtashami believes we’ll see the average mortgage interest rate inch upward in 2021. But it is difficult to see it going above 4% since we’re still in the thick of the COVID-19 pandemic, he says. “The COVID-19 crisis was a deflationary event that sent bond yields and mortgage rates lower than they traditionally would have gone in a normal recession.”

Any increase we may see in mortgage rates hinges on the health of the U.S. economy, and Mohtashami maintains that is dependent on how we handle the pandemic. “If we don’t execute on getting a vaccine, then mortgage rates could stay around these low levels,” he says. “Once we get a vaccine distributed and better treatments, that last 10 million Americans who are still unemployed should be able to find work. That income, plus the fiscal aid and monetary aid should drive up inflation just a little bit higher, and demand should be higher and growth should be back to normal … Slow and steady growth of the U.S. economy will be the primary driver of higher mortgage rates next year.”

Lawrence Yun, Chief Economist with the National Association of Realtors

Yun believes that mortgage rates will remain stable in 2021 — with the potential for a slight increase from the all-time low of 2.71% we saw in 2020 for 30-year, fixed rate mortgages. “In 2021, I think rates will be similar or modestly higher, maybe 3%” he says. “So mortgage rates will continue to be historically favorable.”

Yun thinks the Federal Reserve’s actions are critical to the direction mortgages rates will go. “The Federal Reserve has indicated they want to pursue this low interest rate policy for a long period, over the next two or three years, “ he says. While the Federal Reserve doesn’t directly control mortgage rates, Yun agrees with the conventional wisdom that its actions will indirectly impact rates — and can help keep them low in 2021.

Hale sees low rates continuing through the first half of 2021. “Making any kind of prediction for next year is difficult. But our expectation is that mortgage rates start the year roughly in line with where they are now, and they stay fairly low — right around 3% — for the first half of the year,” Hale says. She believes that in the second half of 2021, if access to a vaccine helps to improve the economy, rates could rise. “Mortgage rates could approach 3.4% by the end of the year,” she says.

While Hale expects rates to stay low compared to historical averages, we could see a relatively drastic shift in rates. “We’re at such low levels that 3.4% will be a significant increase — that’s 70 basis points above where we are now,” Hale says. “Homebuyers will notice it when they’re calculating their monthly mortgage payment.” This increase in mortgage rates could slow down the demand for housing in the later part of next year.

McBride sees rates fluctuating by 0.5% to 0.75% early on in 2021, with the potential for a fairly swift rise as the year progresses. “Next year’s likely to see a fair amount of volatility, and we’ll see a lot of the record low rates that we’ve seen this year,” McBride says. “But there’s a possibility that rates will move higher, particularly in the back half of the year once vaccines become widely available and we’ve begun to see a return to normalcy from an economic perspective.”

Looking at what will impact rates the most in 2021, McBride thinks the overall economic health of the country and the Federal Reserve’s actions are what you should pay attention to. “If the Federal Reserve increases their purchases of long-term bonds that will be a downward influence on rates,” he says. “That’s something that could either keep [mortgage rates] from rising or push them lower.” And if the economy makes a strong recovery, rates could start moving higher.

Kiefer anticipates the currently low mortgage rates to continue throughout next year. “Our forecast is that rates will be relatively flat next year,” he says. But Kiefer says rates may not necessarily stay that way. “They might bounce around a little bit,” he says. And he believes rates “may be modestly higher at the end of next year, but pretty flat over the next 12 months.”

Kiefer believes any change we see in mortgage rates will be tied to the broader economy. “The key thing for the early part of 2021 is going to be what happens with the pandemic,” Kiefer says. “If the economy opens up, we may see interest rates start to rise a little bit.” However, if there’s increased economic uncertainty, that would put downward pressure on rates. One thing to keep an eye on is inflation. Inflation isn’t currently increasing, but if it did, he expects rates to rise in that scenario.

Read the full article at NextAdvisor.